This past couple of weeks have been a complete blur for myself, as many others. Conflicting messages, sometimes within hours of each other, each one potentially changing the journey I will undertake, both professionally and personally, over the next three months.

For a while, the headlines in much of the press spoke of ‘return to school for those taking exams next year from June 1st’, and ‘schools to reopen for years 10 and 12 imminently’. This seemed to be further confounded by councils and professional bodies, who, in all fairness, were no more informed of any plans than others. ‘Sir such and such from this very important company has been heavily involved in talks with the minister for education and has revealed, on good authority, that…’

So, as teachers, we start to mentally prepare for half a term of, let’s be brutally honest, counselling, talking, mentoring and comforting those young lives that have lived through the strangest, and scariest times in living memory.

Then, the big day, Boris at 7pm, the plan, the strategy, the future.

Wait, what did you say? Reception, Year 1 and Year 6 only? But… what about Sir such and such, and the front page of this paper, and that interview on TV… you mean I’m NOT going back to work straight away?

Sure enough, it is confirmed by Mr Johnson, during his announcement, confirms that there are no plans for secondary schools to return. The hope would be, however, that maybe year 10 and 12 could have some face to face experience with their teachers before the end of the summer term. All through the following day on the news channels, as part of their every rotating screens of doom, this message is repeated again and again. No plans for secondary.

That evening, I found myself in a conversation via Microsoft Teams with my head of department about one of the many strategies we have adopted to provide the best possible educational outcomes for our children, and he casually asks my thoughts on the new guidance that has just been released for schools. It transpires that exactly 24 hours after Boris’s announcement, that is reinforced by national media, that the plan is, in fact, that years 10 and 12 are indeed expected back on 1st June, with the hope that all children could potentially be back by the end of term.

So, mentally, I’m back on it. On that day, we had started delivering live, online sessions to year 10 and 12. This first day saw the maths team launch proceedings, and by the end of the day, school had seen a great success. In fact, it was due to this success that myself and HoD were talking about how we can develop things further. Feedback from students and parents was apparently positive, and so it seemed we were on to a winner.

The next few days, that have led to this moment now, have been nothing short of surreal. While trying to contend with potentially choosing which parent to meet in the part, and whether or not to employ the other parent as a cleaner so we can see them, as a profession, we are bombarded with SO MUCH information. Here are just a few of the many things we’ve been directed by…

There are many more sources I could share, but the above shows, I believe very clearly, the confusion and disagreement over the next 3 months.

In all of these arguments and discussions, nothing has really been said about the mental health impact of the confusion, both for staff and also students. As staff, I will do whatever is right – providing there is safety and security. Whilst medical professionals are stating that it is too dangerous, I’m incredibly anxious about a potential return to school. For children, too, there is an unavoidable anxiety of knowing when they’re going back. Life has changed on a colossal scale. What appears to be clear is that there is so much still to learn about the virus, and how it interacts with people of differing ages and health. The evidence from both sides of the argument seems to be well hidden, in favour of seemingly catchy soundbites and snippets that we are expected to just believe.

I genuinely feel so sad for society; how on earth can we be bombarded by so much information at such an alarming rate, and be able to make sense of it in order to form rational and accurate outcomes. After all, these are decisions that are potentially life changing. If we are to care for the young people in our charge, we need to be in a position of confidence and safety.

If the nation keeps sending out conflicting messages, how are these young people expected to make sense of it in order to move forward. There is grief for lost loved ones, worry for those going out to provide essential services, guilt over potentially carrying the virus asymptomatically to their families, fear that they are apparently going to be permanently scarred from missing a few weeks of school, pressure from parents and carers to do one thing or another.

We need, as a nation, to be caring, supportive and calm. Let’s not jump the gun with rumours and opinion paraded as fact, let’s not announce a change in strategy until it’s confirmed to be accurate and true, so that children, parents and teachers can have some sense of clarity moving forward. 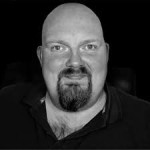 The Maths Man @MrGMathsMan
2 days ago
https://t.co/eqzS62Kga8 Have your say everyone - it’s your future! Don’t let others decide it for you... https://t.co/wZ4Au1XA8W
View on Twitter
0
0

The Maths Man @MrGMathsMan
2 days ago
Techie question for @moodle and @bigbluebutton... If I only ever have 2 or 3 users on Moodle at a time, and my BBB sessions are 1-1 private tutor sessions, is it imperative that my BBB sits on its own on my VPS, or can I install Moodle on the same server? (1 of 2)
View on Twitter
0
0

The Maths Man @MrGMathsMan
1 week ago
#Birthday #Maths #Experiment Mine is 2nd Feb, just to kick things off... https://t.co/642nrCr1WV
View on Twitter
0
0

Am I Too Old To Use TikTok?

2 days ago The Maths Man

2 weeks ago The Maths Man

…while I was away!

5 months ago The Maths Man

Any cookies that may not be particularly necessary for the website to function and is used specifically to collect user personal data via analytics, ads, other embedded contents are termed as non-necessary cookies. It is mandatory to procure user consent prior to running these cookies on your website.